Skip to content
Previous Next
Ask Dr. Renee: Club Quarantine Is Just What The Doctor Ordered

Club Quarantine Is Just What The Doctor Ordered

This past week has been a whirlwind of events, but Club Quarantine #DNiceHomeschool is just what the Doctor ordered. DJ D-Nice started Djing on Instagram Live on Thursday (March 19, 2020) evening and my sissy (Chef Alycia Nicole) were there with lots of our friends. Well fast forward to Sunday March 22, 2020 D-Nice has played for more than 20 hours+ and the likes of Michelle Obama, Ellen Degeneres, Oprah Winfrey, Joe Biden, Elizabeth Warren, Gayle King, Sheila E. J. Lo, A-Rod, Gabrielle Union, Stevie Wonder, and Quincy Jones and LOADS of more celebrities. There were 100K+ people at the party!!! D-Nice went from 750K followers to 1 million+. He played different genres of music for the young and the old. It was community the comments were EPIC. He “broke” IG several times because of all the comments and people.

I love watching this Instagram Live entertainment on my television and I know lots of people would like to be able to experience this thru bigger speakers and dance the day and night away. Here is a tutorial to teach you how to watch Instagram Live on your TV via your Firestick. Do you need a Firestick? Click here to buy a Amazon Firestick 4K.

A good disc jockey remains one with their core––both audience and gut instincts. The same cohesion is demanded of a photographer and their endless search for beauty in all that eyesight offers. Being Derrick “D-Nice” Jones­­ produces challenges far greater than those of your average DJ and cameraman. Not only must the NYC native navigate through the pressure afforded an internationally respected maestro who’s opened for Billy Joel and Vice President Joe Biden alike, but do so while simultaneously documenting American lifestyle and culture as an entrusted celebrity photographer.

The brand that is D-Nice is a deluxe one. A luxe deluxe brand, if you will: It overproduces art and experience in premium fashion. Consistent grade-A creative has awarded D-Nice the trust of the biggest and best––mammoth networks (ESPN), spirit leaders (Hennessy signed him as a brand DJ in 2009), and even the leader of the free world (Barack Obama). It was after being anointed an official “DJ For Obama” and surrogate during the President’s second term campaign when the BrandNice head was bestowed the honor of spinning the 2012 Inaugural Ball. To indulge in a D-Nice set is to be consumed by rhythm and the highest education of music history. His signature brew––‘80’s treasure, Top 40 must-haves and golden era Hip-Hop––has spelled dance floors from Times Square to Paris to Singapore. He’s been spotted in Harlem (his birthplace), at the Apollo Theater’s annual Spring Gala, sharing a set with Stevie Wonder; seen spinning above Miami’s Ultra Music Fest attached to an airborne helicopter. A tireless work ethic and guarantee of excellence has culminated into a minimum four-gig week, including a residency at Atlantic City’s Borgata Hotel Casino.

Check out D-Nice on social media

Have you attended #Homeschool #ClubQuarantine? Were you VIP? Comment Below 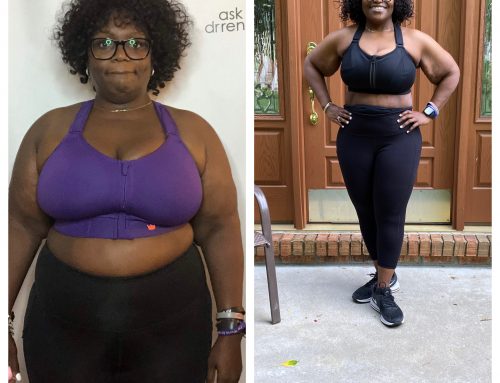